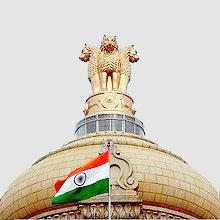 Political science is a social science which deals with systems of governance, and the analysis of political activities, political thoughts, and political behavior. It deals extensively with the theory and practice of politics which is commonly thought of as determining of the distribution of power and resources. Political scientists "see themselves engaged in revealing the relationships underlying political events and conditions, and from these revelations they attempt to construct general principles about the way the world of politics works."

Comparative politics is the science of comparison and teaching of different types of constitutions, political actors, legislature and associated fields, all of them from an intrastate perspective. International relations deals with the interaction between nation-states as well as intergovernmental and transnational organizations. Political theory is more concerned with contributions of various classical and contemporary thinkers and philosophers.